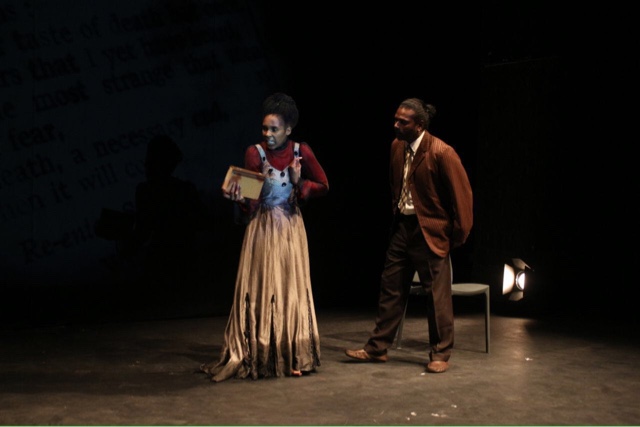 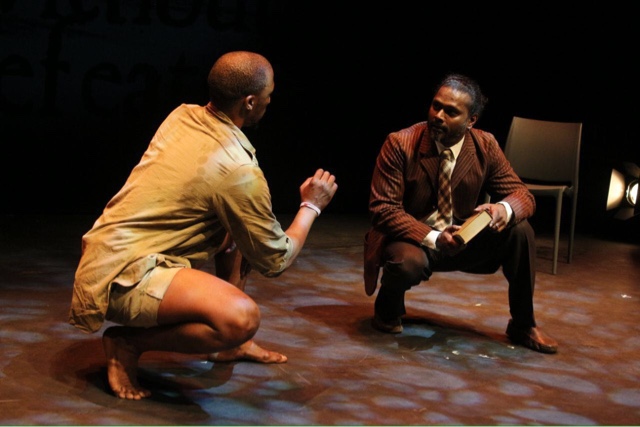 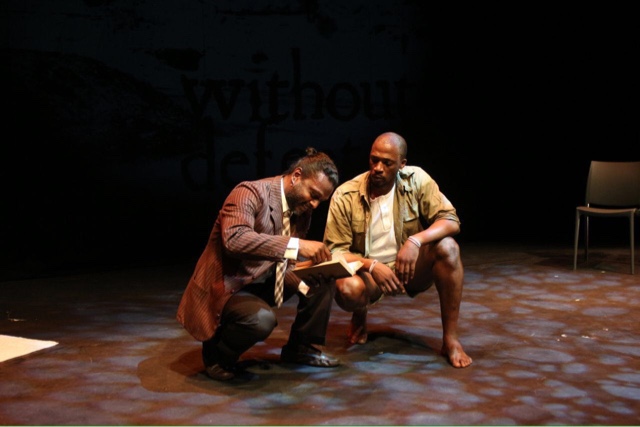 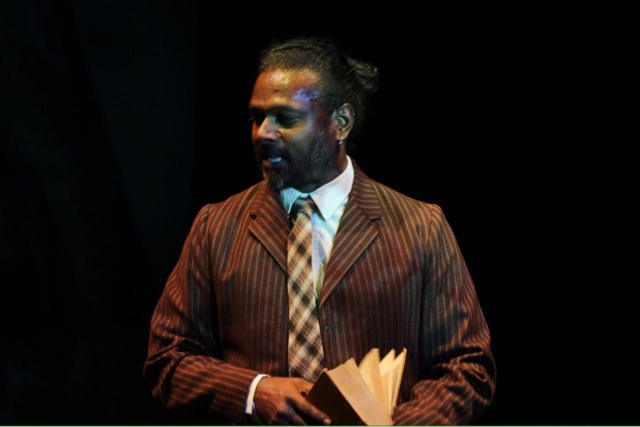 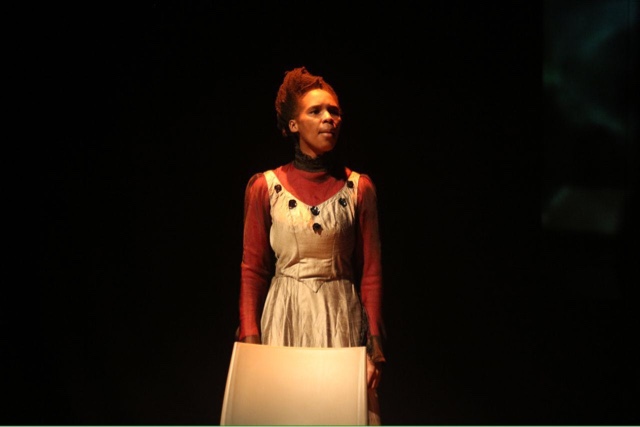 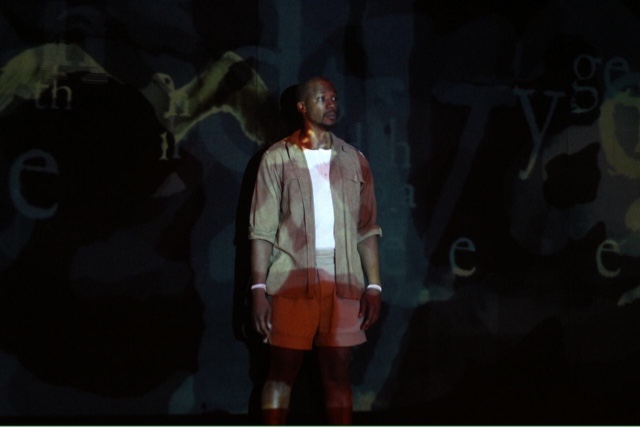 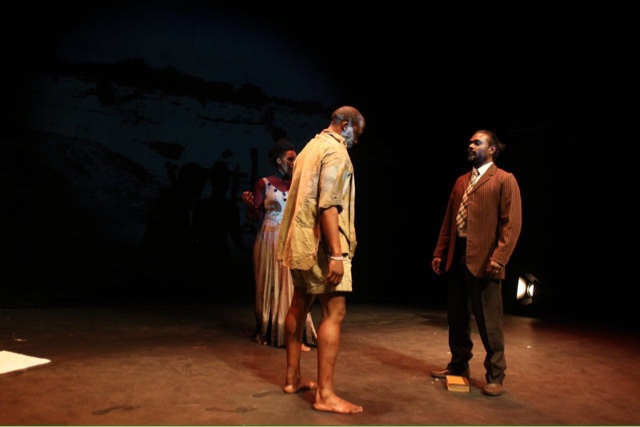 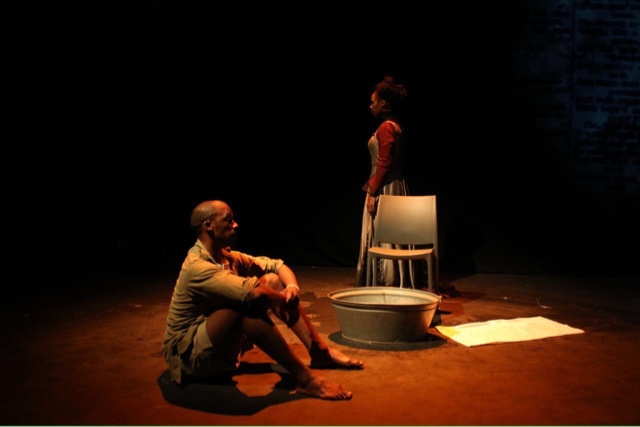 The Robben Island Bible, a unique theatrical piece by Matthew Hahn that speaks to the resilience of human spirit as well as the timelessness and resonance of Shakespeare, had its New York premiere as part of Hofstra University’s 67th Annual Shakespeare Festival on Monday, February 22, at 7:00pm directed by A. Dean Irby. Robben Island Bible
Hahn’s play centers on Sonny Venkatratham, who was imprisoned on Robben Island from 1972-1978. During a time when inmates were briefly permitted to have a book, other than a religious text with them, Venkatratham asked his wife to send The Complete Works of William Shakespeare. Venkatratham then passed the book to a number of his fellow political prisoners in the single cells. Each of them marked his favorite passage in the Complete Works and signed it with the date. Ultimately, the volume held 32 signatures, including those of Mandela, Walter Sisulu, Govan Mbeki, Ahmed Kathrada and Mac Maharaj, all luminaries in the struggle for a democratic South Africa.
The signed passages provide fascinating insight into the minds of those political prisoners who fought for the transformation of South Africa. Julius Caesar, Hamlet and The Tempest emerged as the most popular texts, focusing on issues such as loyalty, betrayal and assassination. The Robben Island Bible has been performed in venues around the globe, most recently in August 2015 in Soweto at an Ethical Leadership Workshop, and in November 2015 in the UK to help launch a Global Shakespeare master’s program at Warwick College. Matthew Hahn
Mr. Hahn was a visiting professor in Hofstra’s Department of Drama and Dance for the week of February 22, to guest speak in Hofstra classes, attend rehearsals and the performances of The Robben Island Bible and the Hofstra Shakespeare Festival and participate in the University’s Civil Rights Day. He currently serves as a theater director, drama lecturer and workshop leader in the UK and Africa. He is a senior lecturer at St. Mary’s University where he teaches on the Theatre for Development modules. He also works for Theatre for a Change in Malawi and has directed several productions in London and at the Edinburgh Fringe Festival.
Hofstra University’s Shakespeare Festival began in 1950, and throughout its long history the Festival has presented a varied selection of the plays of William Shakespeare, lesser-known short plays from the period, musicales, and scenes from Shakespeare’s plays performed by high school groups from the greater New York area. This year’s main production is As You Like It, February 18-28, and there will be a one-hour adaptation of Hamlet, directed by Jean Dobie Giebel, The Play’s the Thing, on February 25 and 27.
Posted by Matthew Hahn at 13:19 No comments:

Rivonia Four Honoured in the UK

http://www.globalsouthafricans.com/latest/720-rivonia-four-honoured-in-the-uk.html
Posted by Matthew Hahn at 11:42 No comments: