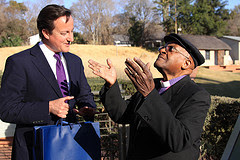 It was a great honour for my play to be chosen as a gift for Nelson Mandela. I interviewed the most gentle of men and their stories had a profound effect on me.
Posted by Matthew Hahn at 15:00