Rehearsal at the Mitchell Library, Glasgow 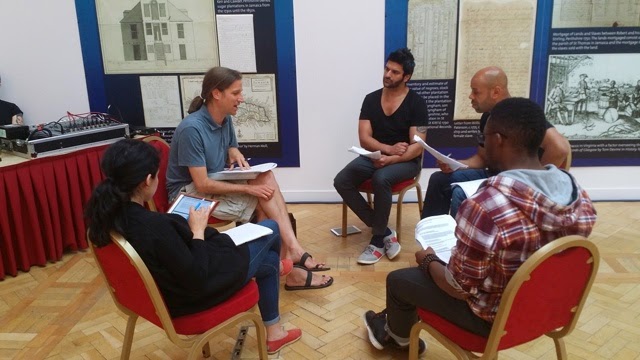 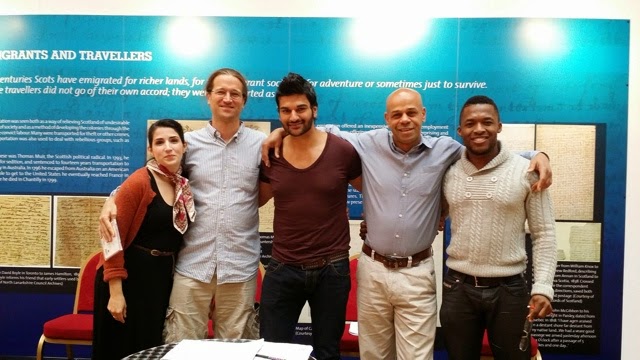 The indefatigable Sonny Venkathrathnam at the Mitchell Library, Glasgow 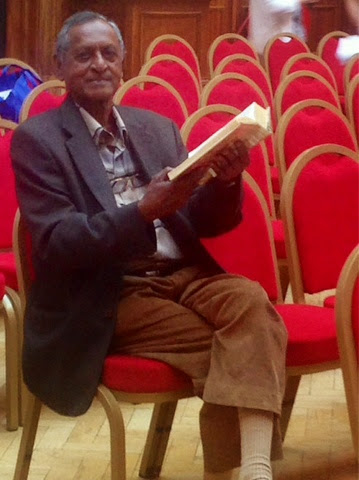 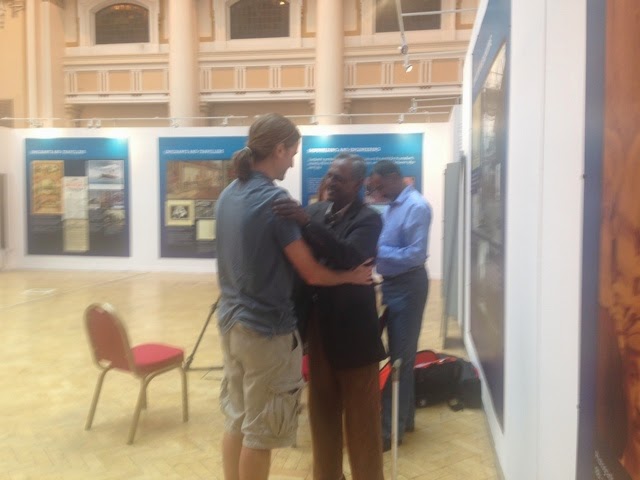 The workshop will run at the South West Gauteng College from 5 to 11 August 2014.  There will be a presentation / performance on 11 August in the afternoon at the college which will showcase the students' work throughout the week.
Posted by Matthew Hahn at 16:02

Glasgow's Mitchell Library to host reading of The Robben Island Bible, 19 July 2014 as part of the opening of the Commonwealth Games

The Mitchell Library will be exhibiting the Collected Works of Shakespeare known as the 'Robben Island Bible' which Mandela dated and signed in the mid-1970’s during his incarceration on Robben Island.

On the afternoon of Saturday 19th July, there will be a performance of The Robben Island Bible in the Mitchell Library Exhibition Hall. The staged reading is based on the chosen verses of 30 of the most important political prisoners on the island prison who went on to lead South Africa after the fall of apartheid and the first democracy elections in 1994. A panel discussion will follow the reading.

By John Battersby
When dawn breaks in Glasgow on Friday 18th July the spirit of the late Nelson Mandela will live again in the city that became the first in the world to bestow its freedom upon him at a remarkable ceremony back in 1981.
The City will host a series of events to honour the memory of Mandela on the first International Mandela Day since the iconic leader died on 5th December last year aged 95.
The events will include a ceremony in Mandela Place and a music concert at the Kelvin Grove Library in the evening, one of nine “live zones” during the Commonwealth Games, followed by another open-air concert going late into the night.
As the South African team limbers up on the eve of the Commonwealth Games due to open on 23rd July, the focus of the competing teams will pause to reflect on the life and example of Nelson Mandela who inspired the world with his courage, commitment and forgiveness.
The decision to bestow the Freedom of the city on Mandela in 1981 was at the time an act of extraordinary vision and courage driven by the Scottish anti-apartheid movement and one which flew directly in the face of the British Government of the day and went counter to official views in most of the then G7 group of nations.
Following his release, President Mandela acknowledged that the gesture by Glasgow had played a major role in mobilising international opinion against apartheid and focusing global attention on his continued incarceration which had become the focus of the anti-apartheid campaign of the African National Congress.
But public opinion was beginning to change and the London-based Anti-Apartheid Movement (AAM) spearheaded that change leading protest marches, organising boycotts of South African goods and raising awareness of the plight of those living under apartheid.
Nowhere was the campaign stronger than in Scotland where Brian Filling, now South African honorary consul for Scotland, had become the first chair of the Scottish Committee of the AAM in 1976.
In October 1993, three years after his release and after a year of protracted and painstaking negotiations facilitated by Filling, Mandela visited Glasgow to receive the freedom of nine British cities including three others in Scotland, four in England and one in Wales.
Three delegates of each of the nine cities made their presentations to Mandela before the late Archbishop Trevor Huddleston made the collective presentation before Mandela addressed a huge crowd in George Square and paid tribute to them for bestowing on him the freedom of their city.
“It was a great honour for me personally,” Mandela said. “But it was also of great symbolic significance for you were granting to me the freedom of your city when the apartheid regime was imprisoning us and all our people in the land of their birth.”
As Filling notes in his 2011 book entitled the Glasgow Mandela Story, a highlight of the day was when the South African singer Mara Louw, who returned to Glasgow this year for the opening of the book fair Aye Write, asked Mandela to dance.