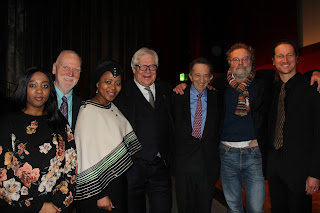 Staged in the auditorium officially opened by Nelson Mandela in 2000, this discussion celebrates and explores the life, character and enduring legacy of the South African leader on his nation and the world. 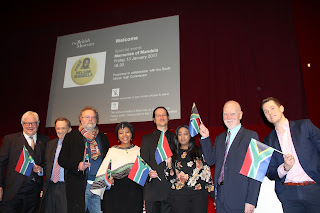 A panel of speakers whose lives and careers were influenced by the leader includes John Battersby, co-author of Mandela: A Life in Photographs (2011) and author of the Afterword in Mandela: the Authorised Biography by Anthony Sampson (2011), Pumela Salela, Brand South Africa, playwright and theatre director, Matthew Hahn and John Carlin, journalist and author of Playing the Enemy: Nelson Mandela and the Game that Made a Nation (2008, adapted into the film Invictus).
Presented in collaboration with South African High Commission. 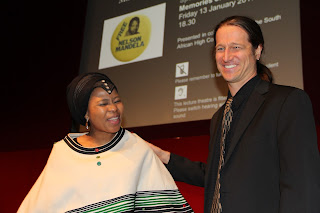 South Africa: the art of a nation at the British Museum

27 October 2016 - 26 February 2017
From some of the earliest examples of human creativity to cutting-edge contemporary works, discover the fascinating history of South Africa through art. In this exhibition a diverse range of art from across the ages tells a story that stretches back 100,000 years. From rock art made by the country’s earliest peoples to works by South African artists at the forefront of contemporary art, the exhibition features beautiful and important objects, which illustrate South Africa’s rich history. Come on a journey from the very beginnings of artistic thought, through some of the earliest sculpture in southern Africa to colonial art from the 17th century onwards. See magnificent examples of 19th-century South African art, highly charged 20th-century works that responded to segregation and apartheid, and pieces that showcase the post-apartheid transformation of the nation since 1990. The exhibition features a selection of significant objects, including some of the world’s oldest art objects and striking contemporary pieces responding to the country’s recent past. See the history of a nation from a new perspective and celebrate the artistic accomplishments of the many peoples that have contributed to the story of South Africa.

At Wynberg High School in Cape Town, South Africa, Matthew Hahn was invited by EduCape in association with the Shakespeare in Schools Festival South Africa and supported by the British Council to facilitate a five day interactive theatre workshop for young people that examines current leadership on a personal, community, national and international level.

A group of 11 Grade 11 students [who had previous drama and Shakespeare experience through the Shakespeare in School Festival, South Africa programme] were selected through an application process for their potential for creative and principled leadership. The students came from a variety of backgrounds, with the Chris Hani Arts and Culture School in Khayelitsha township, Islamia College and Wynberg Boys High being among the schools represented.  This new generation of young leaders spent a week of their school holidays learning lessons from the experiences of political prisoners on Robben Island and a variety of Shakespeare’s characters and writng about leadership from their perspective as teenagers living in South Africa in 2016.
The workshop culminated in a performance of selected Shakespearean quotes, extracts from the interviews and new pieces of writing created by the young people.

Student Feedback on the Workshop:
‘I learnt a lot about myself and about ethical leadership, and what it means to lead ethically.’
‘I have an entirely new and different perspective on Shakespeare’s works (for the better), and am very grateful that I got the opportunity to look at and learn about his work with such insight.’
‘My fellow grade elevens who attended this workshop with me are some of the greatest students I have ever met, and I look forward to seeing how each and every one of us contribute to making the world a better place by being ethical leaders.’
‘I liked how we got an opportunity to write and discuss our opinions (which were actually listened to and appreciated).’
‘I finished the week knowing that I can be a greater leader and had acquired more and strengthened my leadership skills.’
‘The week went very well; it was very exciting. I would like to rate the workshop 10 of 10.  Even the food was good!’
Students’ views on Leadership:
‘I would act as a leader in my own life by first bringing change in my life like doing self-introspection. To change what's bad to good and what's good to much more best and I can also be a leader by making sure that I bring change and keep my promises because leaders with empty promises mislead the world.’
‘This week has helped me get to know to tackle the problems arising in my leadership process.  What makes an ethical leader and how you lead, personally, locally, nationally and internationally.’
‘What I could contribute to South Africa's future is the level of education, the importance of clean environment and the importance of being an ethical leader.’
‘Someone who sees all as equal, and has a good moral compass. By taking initiative and responsibility, as well as being ambitious and inspiring to those around me.’
‘By being strong, but also open-minded and listening to the opinions of others.’
‘By being able to empower others, as well as educate them and be able to make an important decision (based on consideration of all involved).’
‘I have learnt that I am someone who prefers to lead from behind, but also make sure that my view point and opinion is heard. I learnt that leadership is not only about the person leading, but also about those that are being led.’

The course is designed to examine selected speeches of Shakespeare and the primary interviews with former political prisoners on Robben Island in their treatment of the issue of ethical leadership as well as to develop the themes of the balance of power, the use and abuse of leadership, the adjustment to political and social change and the complexity of society that is present in each.  Each speaks eloquently about the vaulting ambition necessary in leadership but also of the selfish & destructive nature that this ambition of political leaders can sometimes take.  The purpose is to define the practices of ethical leadership, briefly share some of Shakespeare’s and the former political prisoners’ lessons on leadership, and offer some applications for ethical leadership development.
The course is targeted at young people & their educators within and outside of the education system in South Africa.  It can be run in a community centre or within an educational setting and can be scaled up as needed due to the module basis of the work.  The course can consist of practical drama workshops, seminars, creative writing tutorials, lectures, self-study and opportunities for reflection as well as forward thinking.  The teaching methods for the course are highly participative and interactive in which the learners are acknowledged experts in their own lives and experiences.

The impetus behind the creation of this course:
The founding principle of this course is the belief in the ability of Shakespeare & the former political prisoners to educate and spark debate around the subject of ethical leadership in today's society and the belief in the participants’ empowerment through the experiential and creative nature of the course.

I have had the great honour to interview several former political prisoners who have become South African MPs, ANC National Executive Committee members and contributors to the development of a democratic South Africa – all whose impact on today's South Africa is enormous. From these most humble of men come gems of great leadership qualities.  The importance of citizenship and one's ability to make positive social change were at the forefront of every interview.  I see this course as a wonderful opportunity to use the former political prisoners’ chosen Shakespearian quotes along with their interviews to develop current and future ethical leaders.